Dunderry men ready for the All Ireland Junior Final 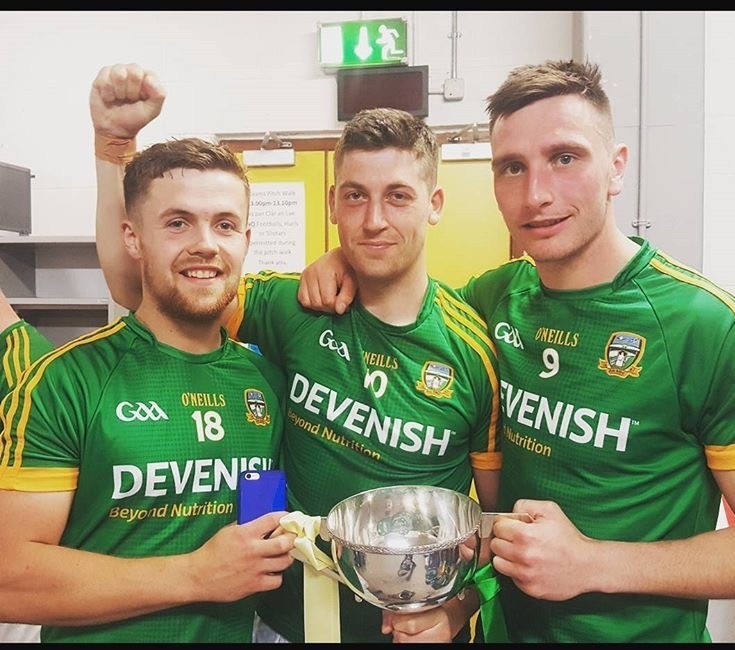 Dunderry men in All Ireland Final.

Best wishes to Conor Farrell, Stephen Coogan & Paddy Kennelly who are part of the Meath Junior Football squad contesting the All Ireland Final this Saturday against Kerry.

Throw in is at 3pm in O'Moore Park, Portlaoise. Conor is named at midfield, Stephen is a substitute, and Paddy unfortunately has not recovered from injury in time for the match. Former All Ireland SFC winner Barry Callaghan is a part of the management team for the big game.

You can register to play the Dunderry GAA lotto online NO...

Get live information for Club on the ClubZap App